Understanding the Legalities of Live-in-Relationship Law 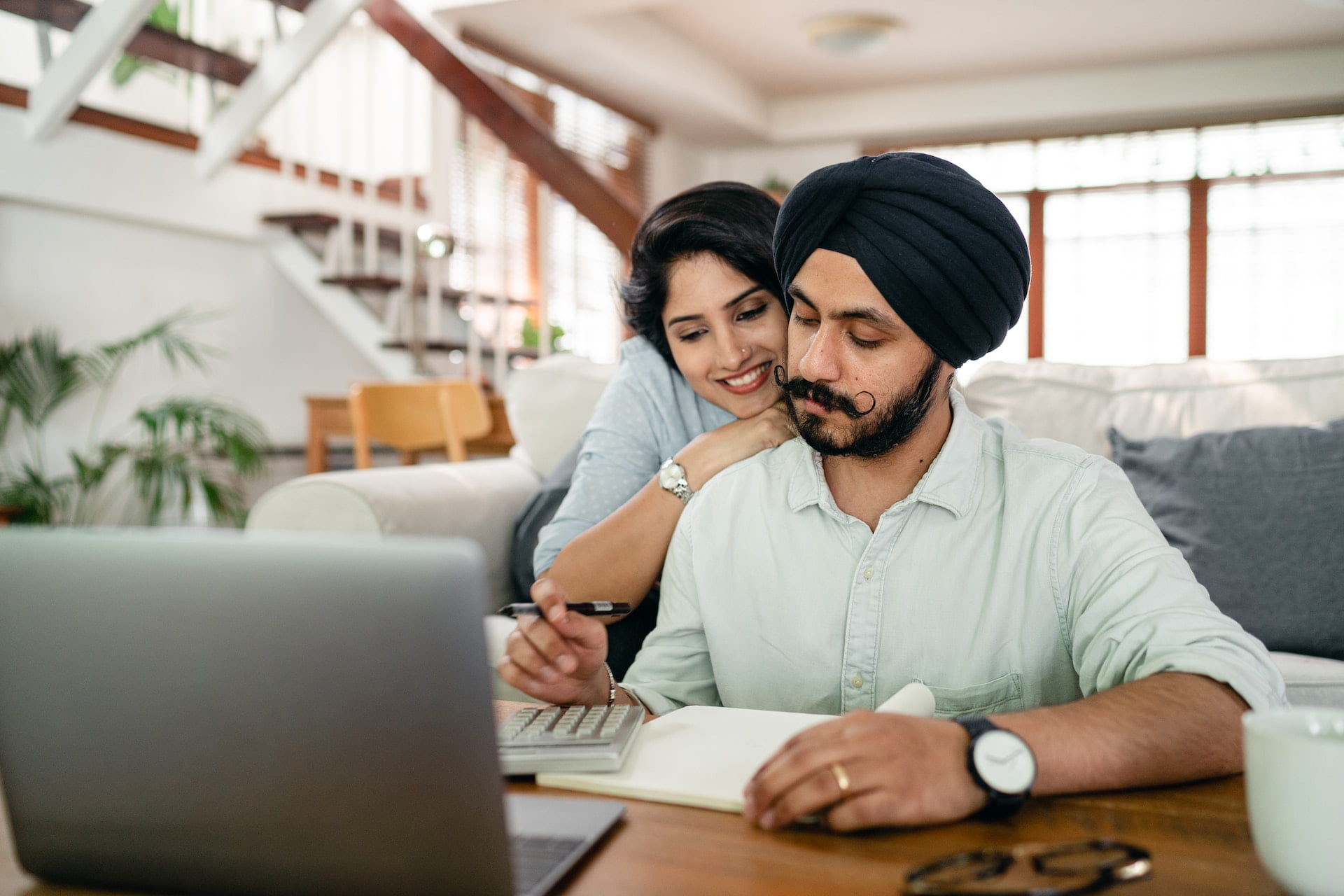 A live-in relationship is when two people who are not legally married to each other share a home and live together continuously for a longer period. They, therefore, behave as a couple even though they are not married. There is no explicit law or custom in India that regulates this.

Thus, via its rulings, the Supreme Court has clarified the idea of live-in partnerships and guided how to handle them. It considers a live-in relationship law in India between two individuals to be morally or legally acceptable only if they are lawfully married.

The effects of globalization and rising literacy rates are reflected in this more positive outlook. Additionally, for the majority of us, it serves as a chance to get to know our partners and determine whether or not we are compatible rather than an escape from responsibilities. Compatibility is far more important in this type of relationship than commitment.

Since there is no legal obligation binding them together, each party may end the relationship whenever they choose. They don’t hold any obligations.

This type of relationship arose primarily for the sake of convenience. As a result, such couples believe that marriage is a waste of money and full of social drama. Furthermore, they believe that their love does not require any documentation. However, this shift has been heavily criticized and debated because such concepts lack legality and societal acceptance.

Although there is no specific definition for the word “live-in relationship,” it refers to domestic cohabitation between two unmarried people. Live-in relationships are becoming increasingly prevalent among couples.

However, it might be argued that the prevalence is higher in metros and tier 1 cities, particularly among upwardly mobile young people. People choose live-in relationships over marriages for a variety of reasons.

The legality of live-in relationship law in India

Moving on to the legality of the live-in relationship law in India. If the conditions for marriage, such as the legal marriageable age, consent, and soundness of mind, are satisfied, then it is legal for consenting adults to live together. Law does not either authorize or forbid such encounters.

In another well-known case, Khushboo v. Kanaimmal and Anr., the Supreme Court ruled that although living together is viewed as immoral by society, it is not illegal under Indian law since it is a right to life protected by Article 21 of the Indian Constitution.

In Indra Sarma v. VKV Sarma, the Supreme Court decided that entering into a cooperative partnership while both parties are single does not violate the law.

In the cases of Badri Prasad v. Deputy Director Consolidation and SPS Balasubramanian v. Suruttayan, it was noted that if a man and a woman have lived together for a long time, the law will infer that they are legally married until it can be proven that they are not.

There is a strong presumption in favor of marriage, but it may be refuted, and the person doing so has a great burden. However, if the relationship is exclusively sexual, the parties would not be allowed to claim the benefits of a formal marriage. Children born from such a connection would also be eligible to inherit the parents’ property.

The ambit of Live-in Relationship law in India

It is now important that we understand the ambit of live-in relationship law in India. A domestic relationship is one between two people who are connected by consanguinity, marriage, or a relationship resembling marriage or adoption, or who are family members living together as a joint family and currently live or have previously lived together in a common household.

This definition is found in Section 2(f) of the Protection of Women from Domestic Violence Act, 2005. Since the partners live together for a lengthy period and pose as husband and wife, live-in relationships have many similarities to marriage.

They are thus covered under the PDV Act, 2005, and a woman in a live-in relationship law in India is eligible to apply for protection and support under this Act. As a result, this Act makes additional types of relationships permissible.

Because Statute 125 of the Criminal Procedure Code expressly includes both legitimate and illegitimate offspring, children born out of such unions may file a support claim. This is for the legitimacy of the children born under the live-in relationship law in India.

It was once believed that a woman living with a man was not legally married to him and therefore was not entitled to maintenance under Section 125 of the Criminal Code. However, she can only make a maintenance claim under Section 20(3) of the Protection of Women from Domestic Violence Act, 2005, if she can show that she had a domestic relationship with the man that was comparable to marriage.

On the other side, the Malimath Committee was constituted by the Supreme Court in 2000 to improve the criminal justice system. One of its proposals was to amend Section 125 of the Penal Code’s definition of “wife.”

Because of this, the term “wife” now refers to women who were once living together but whose partners abandoned them against their choice. This gives the live-in partner the status of a wife under the live-in relationship law in India.

Because there is a presumption in favor of marriage if partners live together as husband and wife until the reverse is demonstrated, a woman who has been in a long-term live-in relationship may be able to make a support claim under Section 125 of the Criminal Procedure Code, regardless of there being no concrete live-in relationship law in India today.

In Chanmuniya v. Chanmuniya Kumar Singh Kushwaha, the High Court determined that the appellant’s wife was not legally wedded and so was not eligible to receive assistance under Section 125 CrPC.

However, the Supreme Court overturned the decision of the High Court and allowed aid to the wife, finding that Section 26 of the PWDV Act, 2005 must be taken into consideration when interpreting the requirements of Section 125 CrPC. According to the Supreme Court, women who live with someone else have the same legal rights and privileges as spouses who are legally wed.

Additionally, live-in couples are prohibited from adopting children, according to the Guidelines for Child Adoption.

Judgments Portraying the Ambiguity of Live-in Relationship Laws in India

In the case of Kamini Devi v. the State of UP, the Allahabad High Court defended a live-in couple, ruling that when a boy and a girl of legal age decide to live together, nobody, not even their parents, has the right to interfere with their living arrangements. If anyone interferes with their peaceful existence, it will violate their fundamental right to life and liberty under Article 21.

Similar circumstances also occurred when the Punjab and Haryana High Court bench The subject was discussed by Justice Madaan’s bench, who observed that the petitioners’ attempt to get approval for their live-in relationship law in India by filing a petition is wrong on a social and moral level. Hence the petition was denied.

In the 2020 case of Priyapreet Kaur v. the State of Punjab, the Punjab and Haryana High Court ruled that parents cannot make their children live their life according to their terms. In this instance, the boys and the females were 18 and 19 years old, respectively. Since they were both majors, the petitioners were free to lead as they chose.

On May 18, 2021, a panel of the Punjab and Haryana High Court presided over by Justice Jaishree Thakur concluded that although a relationship may not be acceptable to everyone, it is not illegal. Talking about the live-in relationship law in India.

Additionally, under Article 21 of the Constitution, a person has the freedom to enter into a live-in partnership or to be married to a partner. This significant statement was made just a few days after the Punjab and Haryana High Court denied protection to a live-in couple.

The Apex Court determined that the couple’s basic right to life and liberty under Article 21 of the Indian Constitution is being violated and that the question of whether marital status should be taken into account while granting protection to a person’s life and liberty is subordinate.

Despite the lack of a formal wedding ceremony or legal marriage contract, certain countries across the world recognize common law marriage, sometimes referred to as de facto marriage. In India, people have different attitudes, society does not accept these relationships as morally or legally acceptable, and even judges from the same High Courts have differing views.

Adopting suitable policies or laws managing live-in relationships law in India is long overdue. The couple seeking protection will have a good defense against any damage and be able to live their lives free from any insignificant criticism and societal judgment if they are given legal status. To know more, get online legal advice.