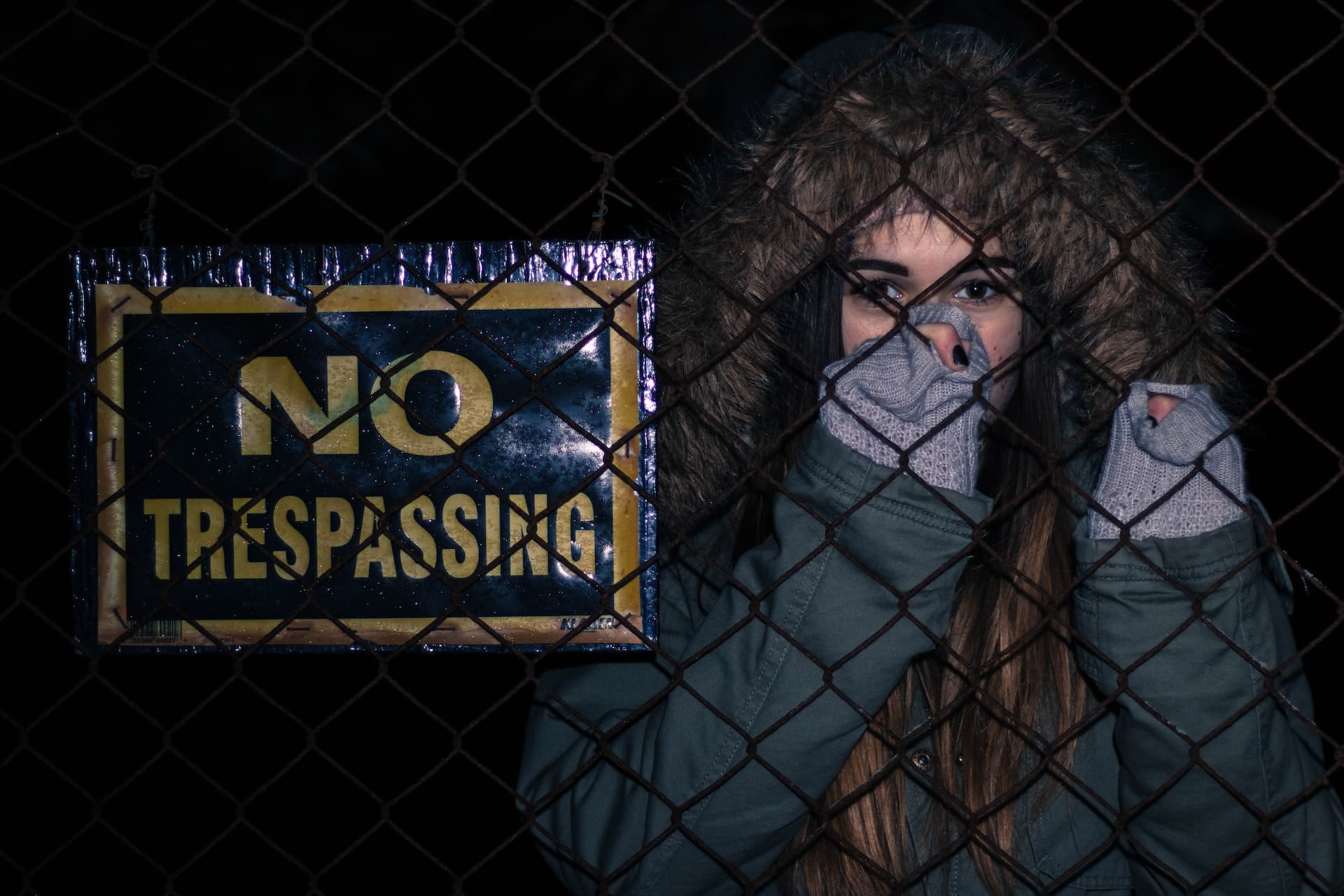 According to the Indian Penal Code, trespassing is considered a criminal offense whenever it is committed with the intent to commit a crime. A house trespass is any action that interferes with a person’s ability to enjoy their private property. To enter someone’s property without his permission is to trespass. It goes without saying that it must be established that all of the components listed in section 452 IPC were present in the claimed trespass before a person is found guilty of an offense punishable under this section.

Let’s first understand the meaning of Trespass and Wrongful restraint.

Trespass is a legal phrase that refers to an unjustified invasion or unlawful access to the land of the owner. Trespass is referred to in both tort and criminal law. It is a deliberate intrusion of a person’s privacy or property. Here, the word “Intention” refers to choosing to do the incorrect thing.

According to Section 339 of the Indian Penal Code, it is prohibited to unlawfully confine a person if they willfully prevent them from traveling in any direction in which they have a right to do so or impede them by creating a route that is impossible, dangerous, or difficult to traverse.

Trespassing is the act of entering another person’s property without that person’s express or implied permission. Every person has the right to enjoy their property without any intrusion, and any act that restricts this right is trespass. It is typically considered a civil wrong.

According to the Indian Penal Code of 1860, criminal trespass is defined as trespass committed with the intent to commit a crime. The IPC provides redress for such an infringement of rights whenever a person’s right to enjoy the property, whether movable or immovable, is restricted as a result of illegal behavior by another person, whether it is theft or assault.

Here, entrance denotes a person breaking into someone’s home with bad Intentions. Entry must be unauthorized or against the owner of the property; it need not be made with force.

The property must be in possession of another person, not the trespasser, for it to be an offense under this law. The law’s goal is to safeguard the possessor’s interests, not those of the owners. The possession need only be proven to be genuine and exclusive; the law does not require the possession to be legal or legitimate. Even if the trespasser is the owner of the property, the complainant may still file a criminal trespass prosecution on their behalf as the possessors of the property. Additionally, if the entry is made by the accused with the Intention described in the criminal trespass charge, it is not necessary for that person to be present at the time of the criminal trespass.

To find the suspect guilty under this clause, the accused’s purpose must be proven. In order to acquire possession of the such property, the accused must conduct an offense with the aim to hurt, assault, or restrain any person. Circumstantial evidence can be used to prove Intention.

Punishment for House-trespass after preparation for hurt, assault, or wrong­ful restraint

This clause imposes penalties on anyone who enters a house without permission while planning to harm another person, assault another person, inadvertently restrain another person, or otherwise put that person in fear of harm. Any person who commits this offense faces a maximum sentence of seven years in jail as well as a fine.

If the inquiry relates to a crime that is punished by death, ten years in prison, or a sentence of imprisonment that is at least ten years long, the investigation period is 90 days.

If any other offense is under investigation, sixty days.

Close the case after accepting the report.

If you believe the inquiry is still lacking in any way, tell the investigating agency to look into it further.

Send him a notification because he is the only one who can object to the closure report.

The accused may be summoned under Section 204 of the Cr. P.C. and directed to appear before the magistrate if the closure report is rejected, taking cognizance under Section 190 of the Cr.P.C.

The intention is one of the main ingredients in House trespass after preparation for hurt, assault, or wrong­ful restraint or Section 452 IPC. Entering into someone’s property without his permission and with the Intention to harm the person is known as Trespass. A house trespass is when someone intrudes on someone else’s privacy, which is something they have the right to. No one has the right to interfere with a citizen’s basic right to privacy. Section 452 IPC protects us from House Trespass. To know more about Trespass and House Trespass, get Legal consultation here.

Trespassing is the act of entering another person's property without that person's express or implied permission. To know more about the concept of Trespass and House Trespass, get Legal consultation here.